Nagaland – home of the headhunters in northeastern India, where it is least Indian. There, where the traditional headhunting was practiced until about 50 years ago, despite prohibitions. Some of the old headhunters still live today. Also with the people of Konyak-Naga. They have characterful faces, furrowed hands, chewing betel nuts and wearing their traditional, colorful clothes. Eye-catching tattoos on the face and chest prove that their wearer once successfully went on a head hunt. The chain with the golden heads around the neck refers to the number of enemies killed. We stare at the chains and look into the faces of the old men. They look so “harmless”. If someone killed 5 people in Germany, the press calls him a mass murderer. But here different standards apply. 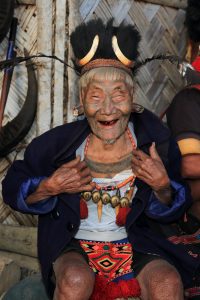 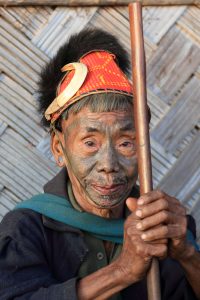 Who brought a skull home, had a chance to get a woman and fertility for man and fields. Impressive is the magnificent jewelry of the men. They were only allowed to decorate themselves with the feathers of the hornbill when they had captured their first head. The Konyak warrior wears ivory bangles on his arms, his headdress graces wild boar tusks, his ears pierce black goat horns. Very impressive! 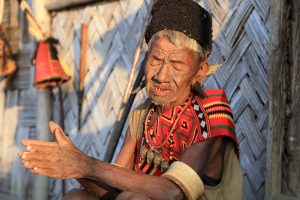 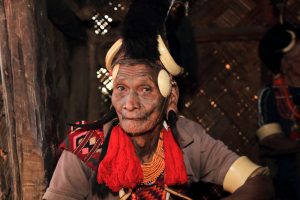 We are very curious about the encounters with people from a cultural group, in which today, in addition to headhunters, even a few shamans live. They have a professional ban in India. 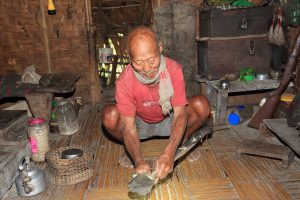 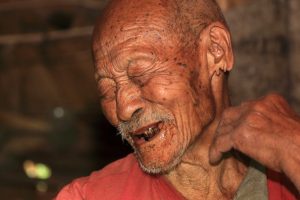 For us Central Europeans, it may seem very cruel to cut off the heads of other people. But the head cutting was always done with respect for the enemy. They first asked the person concerned about his name before they beheaded him. The name of the enemy was then passed on to one of their own children. Whether that made a difference for the headless?

According to the belief of the Naga, the minds of the dead are in these heads. The skulls of their opponents, but also of revered ancestors were recently kept in the houses of men or in holy Banyan-trees. Meanwhile this tradition is forbidden and only animal skulls are exhibited. Nevertheless, we still see in villages in so-called “Morungs” significant collections of skulls. For us an eerie sight and it inevitably asks the question: enemy or ancestor? 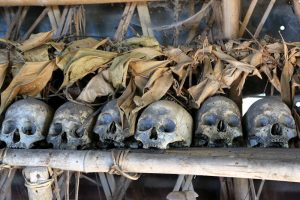 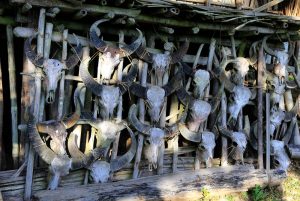 Headhunting is prohibited today. The offspring know that killing is wrong. But we get the impression that the old headhunters are still proud of their past and thus of their culture and traditions. These men are today between 80 and 100 years old. Not for long and these eyewitnesses – and with them the old cultures – are dying out. Today, more than ninety percent of Naga call themselves Christians. In the past convinced or forced to Christianity by missionaries and colonialists.

We feel the encounters with these people and the insight into their past as a precious gift and will still remember the last head hunters and shamans in the Naga, if they are no longer with us. Thanks to Robert, who made these experiences possible for us.

IndiaMonday, January 29, 2018Herzog
Copy Protected by Chetan's WP-Copyprotect.
We use cookies to ensure that we give you the best experience on our website. If you continue to use this site we will assume that you are happy with it.Ok