Tanzania and Kilimanjaro are two pictures which are inseparably tied to another. It has been over twenty years that my wife flew in a Cessna around the snowy peaks of the highest mountain in Africa. Since then she can’t let go of this picture. So naturally I am fascinated with the thought of spending our next five weeks on vacation there. One week is planned for the ascent, going up quickly before the cream topping of ice and snow is gone. Deliberately I do not chose the “Coca-Cola-Route”. But it doesn’t change the fact that in February, the best time for an ascent, a stream of people make their way up to the top. 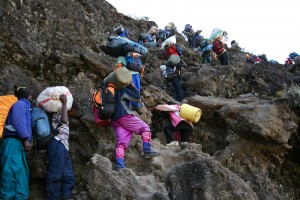 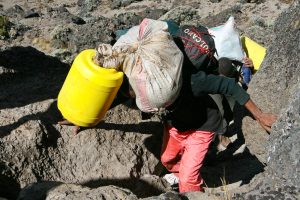 Not all tourists will make it, but the effort is so worth it. Standing up at sunrise in front of a cloudless sky in minus ten degrees Celsius on the highest mountain in Africa is a special experience I do not want to miss. At night it is darned cold. Getting out of my tent in the early morning I can see that my tent cover is frozen over. 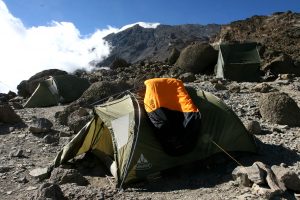 For the morning wash all you get is one liter of water in a small plastic bowl. This has to do, since the supply of water is hard work for the native porters. More than a sponge bath is not possible but washing is overrated. In situations like this you can go without. 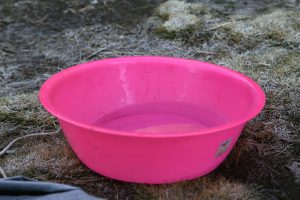 I have unbelievable luck concerning the weather. Seven days of pure sunshine. On the day we reach the summit I experience a grand, almost cloudless sunrise at 6,000 meters altitude. The following hiking enthusiasts won’t be as lucky a week later. There is a change in the weather pattern after my return and it will be rainy and snowy at the summit. Snow in Africa! At the end it won’t be my last experience like this, the whole thing is addictive. 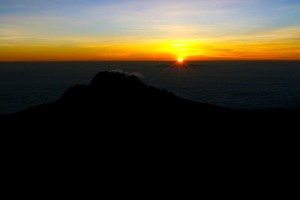 The following weeks through Tanzania, Rwanda and Zanzibar bring us closer to East Africa. We are so close to the wild life and its grand landscapes that we will miss it in times where we can’t be here. Who of the earlier generations does not remember Professor Grzimek and his stone louse? His fascinating reportages and terrific shoots of the Serengeti with its vastness und enormous gnu herds? All the time we have that feeling of walking in his tracks and at any moment he will cross our path with his stone louse in his luggage. We will return to East Africa often, to its unique savannas and its lively streets with colorful and seemingly chaotic ado. 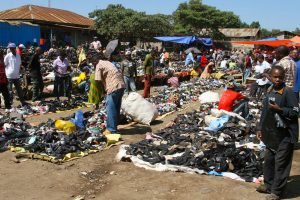 Tanzania & ZanzibarThursday, June 1, 2017Herzog
Copy Protected by Chetan's WP-Copyprotect.
We use cookies to ensure that we give you the best experience on our website. If you continue to use this site we will assume that you are happy with it.Ok