Bhutan is the last Buddhist kingdom in the Himalaya with about only 700,000 inhabitants. For a long time a place of religious seclusion and for outsiders full of mysticism. Even today only a limited number of foreigners are permitted to visit the country. The royal family controls tourism with respect to nature, the culture and its people. Religion, happiness, forgiveness and love are a Buddhist entity.

Generally everything in Bhutan is a bit different. Rice is red, smokers do not have a right to exist, cigarettes are banned and happiness is a decree. Curiously the country has a happiness index. At least with this realization the high-contrast Bhutan looks like another galaxy. This also refers to the fact that men depending on the season wear tights or knee-length socks with a skirt. In our eyes this is a peculiar sight. 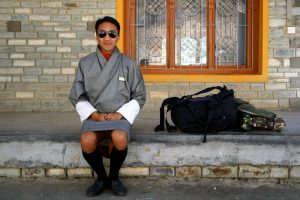 Fascinating is also the airport in Paro in the vicinity of Thimpu, the capital. The airside facilities are located between mountains lined by pretty houses built in the typical style of the country. At the landing approach you get the idea that due to the short distance you can watch the inhabitants having their lunch. 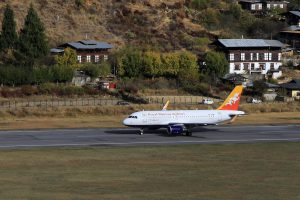 And there is also the fauna of Bhutan. The national animal is the Takin. Does it sound familiar? Not for us up to now. Although we had been sure to know every large animal worldwide. What a mistake. Takins are a kind of cow, chamois, wildebeest and goat. What a mix! They weigh between 150 and 400 kg and when looking at them a bit closer they even look quite cute. 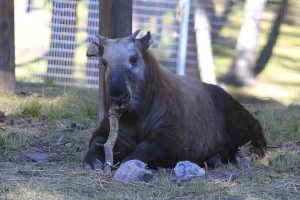 Particularly noticeable in Bhutan is the quantity of dogs. At the weekly market the most popular dog meeting places are the butchery stalls. Since dogs like all creatures enjoy special protection their population increases steadily. The Bhutanese solved this problem by bringing some Chinese into the country. Now, the dog population regulates miraculously. 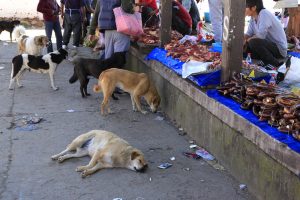 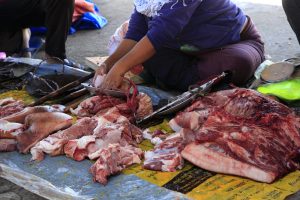 During our two-week journey in Bhutan we had many fascinating encounters with the people of this small country. We admire their unbelievable contentment, composure, patience and kindness. And yet even to the fact that Bhutan is worldwide one of the poorest countries. We are sure. These characteristics would suit us as Germans in a lot of situations.

On tour it attracts our attention how hard older people are still working. Be it in the fields, by carrying heavy loads or other similar activities. They are light years away from a comfortable old age existence as known to us. 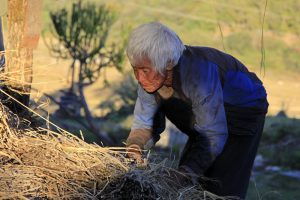 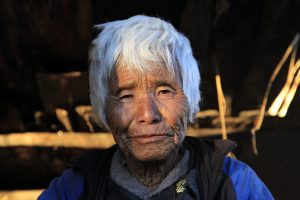 This also counts for the female and male monks who often lead a live of deprivation in the seclusion of the many monasteries at altitudes above 4,000 m above sea level. We visited some of these monasteries. The climbing was for us as lowlanders arduous and the lack of Oxygen almost painful. The monks on the contrary always look relaxed. 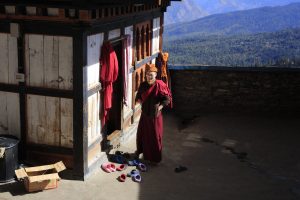 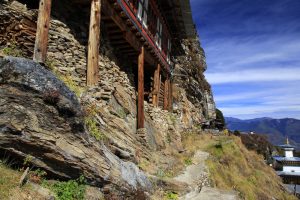 It takes getting used to but unforgettable for us are moments when people smile friendly into the face of the camera. The chewing of Betel nuts discolours their teeth from red to black. This does not meet the ideal of beauty of a Middle European set of teeth. But it does not matter for the Bhutanese – they smile. 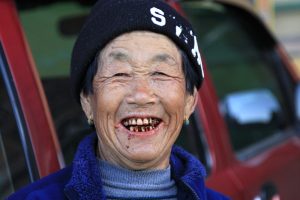 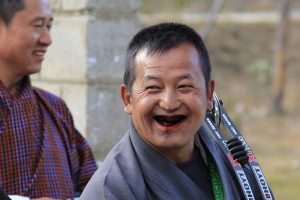 Bhutan, their friendly people, the many architectural performances in dizzying altitudes in the Himalaya has made a deep impression on us. It was an unforgettable stay in a completely different and for us unfamiliar world.

BhutanMonday, January 29, 2018Herzog
Copy Protected by Chetan's WP-Copyprotect.
We use cookies to ensure that we give you the best experience on our website. If you continue to use this site we will assume that you are happy with it.Ok