Africa is a fascinating melting pot of cultures! In Tanzania alone live 130 different ethnic groups, which speak their own language. In Kenia there are at least 52. This inevitably leads to a colorful cultural mix. The street scene is often equally motley: completely overloaded vehicles, sheep next to men in suits, Maasai people in their traditional gown behind the wheel of a jeep, gasoline fuel pumps that are operated by a generator. 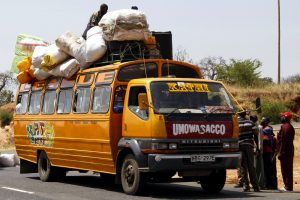 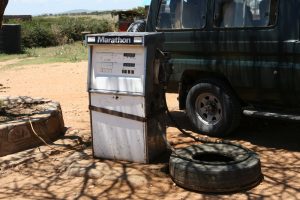 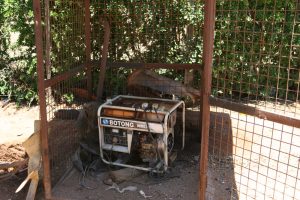 There is nothing that does not exist. The most moving experience was the visit to the family of a friend – in the middle of East Africa, in the middle of nowhere, far away from touristic attractions.

The last strip of asphalt was seen three hours ago. Past lush grazing and round clay huts we approach a village, which has not seen a light-skinned person before. We feel a bit like Mr. Armstrong during his moon landing. We use the time to learn a little bit of Nandi, the dominating language in this area. “Good day”, “Goodbye” and “How are you” is quickly crammed, but “My name is…” and “I come from …” are a bit harder to learn. We fashion a cheat sheet in the time-tested school style of the last century but quickly discard the plan, too conspicuous. We write down the most difficult words onto our palms. The last time we were so nervous was during our oral math exam. Our friend tries to calm us down. He takes visible pleasure in our stiff body posture.

We get out of the vehicle and meet a cousin with her offspring. At our sight the small girl starts crying terribly. The fair skin color scared her. Then the brothers approach us, uncertainty on both sides. But when the mother welcomes us effusively, we show our Nandi language skills and general amusement is caused. The grandmother also welcomes us with her 80 years. But she only speaks Nandi. But where is the man of the „house“? Right now he is visiting one of his two other wives. We are looking a bit confused. With his wives he has 13 children, 11 sons. A football team!

To mark the occasion a chicken is slaughtered. Electricity? Wrong. The mother makes a chicken broth over the fire in the clay hut. The side dish is Ugali, some kind of maize porridge. The drinking water comes from a well. There is freshly brewed tea with tasty charcoal flavor. The next challenge after the language test is eating with fingers. We clearly have more difficulties with that. For the shared meal also neighbors are invited. They do not want to miss the “white attraction”. Apart from the grandmother and mother everybody can speak a bit English. We are lucky. Before the meal a water pitcher together with a bowl for washing is handed around. Too late we think of the notes in our palms. Now a good memory is needed!

We are impressed by the hospitality and the simple life the family leads. We are hoping for a possibility to see them again. Until then we will learn more words in Nandi. Hand washing will then be no problem as well.

The camera stays in the vehicle during those hours. We are left with memories of a pristine and warm-hearted encounter in the heart of Africa.

We enjoy such heartfelt encounters in Arabian countries like Jordan as well. But here the language barrier is even more prominent. Many locals do not speak English and we do not know Arabic. 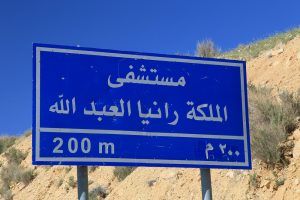 Here we are especially surprised by the curiosity and openness of the women. Over a glass of peppermint tea we are downright questioned. They are astonished that it is possible in Germany to have a female head of state that is elected by the people regularly. This is unthinkable in a country where there always has been a kingdom and therefore a monarchy. We have to explain elections and democracy in detail to them. Again and again they ask us questions. They also tell us about their old king, which they really value because he does a lot for his people. Sadly his son is different. He loves expensive sports cars and other costly pleasures. The people are of no interest to him. They look with worry ahead, one day he will be king. About Germany they especially like the fact, that women have the same rights as men. One of the women reveals to us that she has three children and her husband wants a whole barn full of children. She vigorously declines: three children are enough, there won’t be a fourth, and she will take care of that and laughs. Besides parenting she also manages a small shop for tourists and says that she has enough work. Her husband believes child education works on its own. Again she declines vigorously. At this point we have to smile because some German men certainly share those thoughts. Another woman enters the room, it is her sister, who is certainly interested in our private life. She asks whether we work full-time and what we do for a living. She is fascinated as we tell her about our life and the fact that we make every decision together. This is something she wishes for her marriage too. We are very skeptical that this wish will come true in the near future. We conduct many conversations like this during our travel through Jordan. Even with a young Bedouin, who is only amenable after a few hours. He is born in the desert in a Bedouin tent but has an email address. We do not ask for his computer or phone. Out of seven siblings he is the only one who is not married with 28 years old. He does not appear happy about the situation but unfortunately does not speak about the reasons. It certainly is not because of his looks, at least from our view. 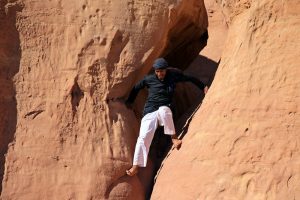 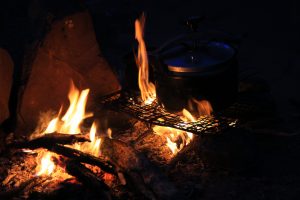 He is interested in world politics and we learn at the campfire during meal time a lot about the political situation in the Arabic area. We are convinced that somewhere must be a computer. And somewhere has to be a socket. A newspaper is certainly missing in the desert.

Via bus and with a tour guide, such intense encounters are unlikely. This is also a reason for us to travel individually.

Civilized PeopleThursday, June 1, 2017Herzog
Copy Protected by Chetan's WP-Copyprotect.
We use cookies to ensure that we give you the best experience on our website. If you continue to use this site we will assume that you are happy with it.Ok