Who is not elated while watching a whale’s tail coming out of the water or waddling penguins, their mouths stuffed with fish? We definitely are.

Since we were able to see the southern right whales and their calves in the Walker Bay at Hermanus, South Africa, we are gripped by whale-fever. Every spring whales move to the Walker Bay to calve, being the whale nursery in South Africa. Nowhere else in the world we were able to see as many whales as here. Especially the mating behavior impresses us. Up to five whale males try to convince a whale female and are answered alternatingly. In doing so no aggressiveness between the males is palpable. The mating takes in total several hours. Quality is finally achieved. It occurs that one of the males loses desire and leaves the field to the other combatants. But mostly they show a great deal of endurance. 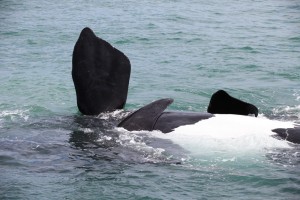 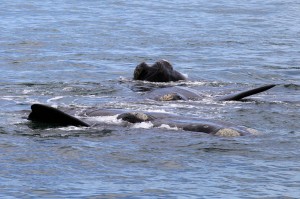 We love to watch the whales from the close proximity of the boat, but for the whales it is more trouble-free when tourists fly above them. That’s why we treat ourselves the pricey pleasure to watch them from the air. We book a small plane for a 45 minute trip. It is overwhelming how good you can watch from above. Our happy pilot David loves aerial acrobatics and the plane is in a 90 degree angle to the water surface. The windows are open so we can take pictures unhindered. One gets the feeling of free falling at any moment, right next to the whales. David does fly in this position for a longer time, in a tight circle. For us this means the perfect view to whale mothers, their calves and mating whales, but also a very uncomfortable body posture. Not to mention the queasy feeling in our stomachs. The 45 minutes just fly by, literally and figuratively. We extend our trip until our fuel declines and we have to get back to the air strip, which is a mogul slope not far from the coast. 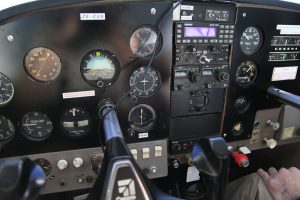 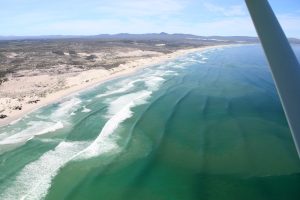 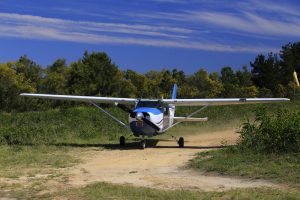 Aside from the whale there are other interesting photo series, such as penguin, seal and gannet colonies. A sensitive nose can be, depending on the wind direction, very cumbersome while photographing. The scent marks are extremely prominent, worse than every fish factory. The good news is, with every passing hour the nose gets used to the scent. For us it is surprising that gannets produce higher scent intensity than seals. This experience along the west coast in South Africa is even for us tough, so we pack our gear after four hours and hope for east wind on the next day. For orientation: the runner-up gives up after one hour. The rest does not brave the stay for longer than 10 minutes while pressing scarfs and jacket in front of their noses. 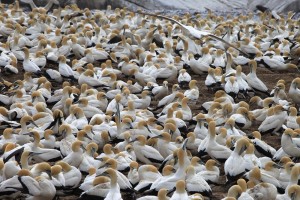 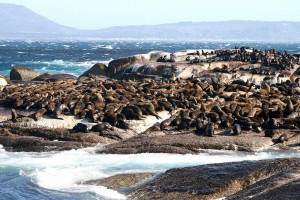 SealifeThursday, June 1, 2017Herzog
Copy Protected by Chetan's WP-Copyprotect.
We use cookies to ensure that we give you the best experience on our website. If you continue to use this site we will assume that you are happy with it.Ok